Standing on it's own feet 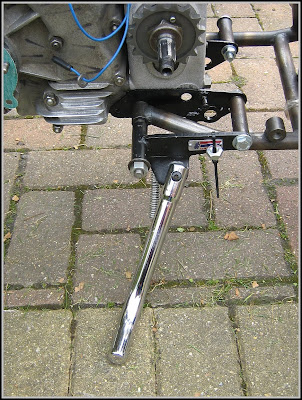 Fitted this Samrat stand from Hitchcock's the other day, went on like it was a Honda part. Listed at 15 quid, probably about 21 by the time it's in ya hand after Greedy Added Tax and post, it's still a bloody good bargain. The rear engine plates came in the same package, this means that a battery platform can now be figured out. Originally the thought was to come off of the four gearbox studs, but common sense prevailed and it was decided that it's best not to disturb them suckahs as they already have enough work to do. All the space seen in the picture will be available to house the battery so it shouldn't be too much of a problem sussing something out that will attach between the two plates.
Brought to you by Quaffmeister at 01:05 No comments:

A Bit Of Seat And Speedo Action 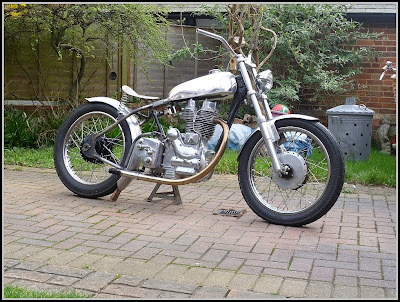 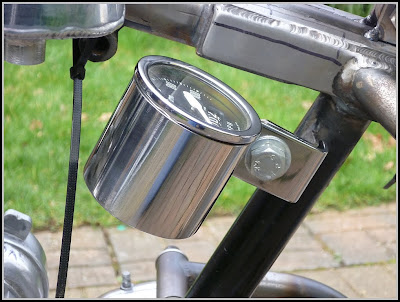 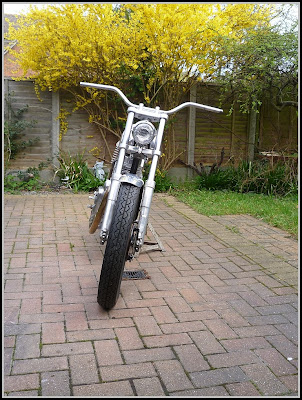 Brought to you by Quaffmeister at 04:06 3 comments: 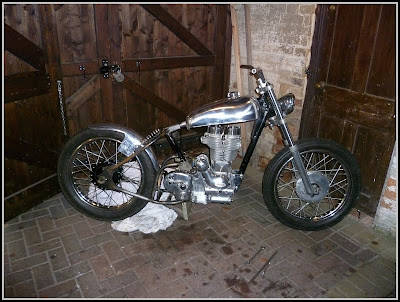 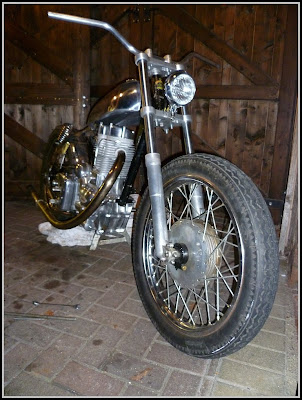 Well folks, it's happened, the motor is back from Andy Berry and stuffed back in the frame. Looking as good as anticipated, it should be more fun than a barrel of monkeys. Andy reckons on a genuine 20 brake at the back wheel, which don't sound a lot but it's reckoned that a good standard 500 puts out about 16 and it will weigh about 100 lbs less so there should be some grin factor involved.
Brought to you by Quaffmeister at 10:57 5 comments: